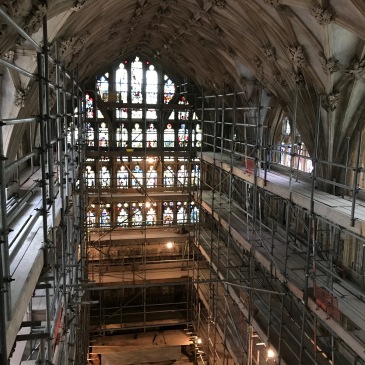 In my career in heritage, I sometimes get very special access to off limits or behind the scene spaces in magnificent medieval buildings. Recently, in my capacity as a lay member, I was given access to Gloucester Cathedral. This magnificent building is currently undergoing a major multi-million pound HLF funded programme of restoration, not to … END_OF_DOCUMENT_TOKEN_TO_BE_REPLACED 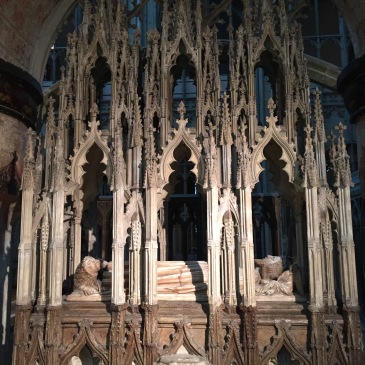 The tomb of Edward II is spectacular. Edward’s burial site at St Peter’s Abbey, refounded as Gloucester Cathedral during the Reformation in the sixteenth century, sits under an arch on the north side of the Presbytery adjacent to the Ambulatory, up near the high altar. Other than occupying the central position directly in front of the altar … END_OF_DOCUMENT_TOKEN_TO_BE_REPLACED 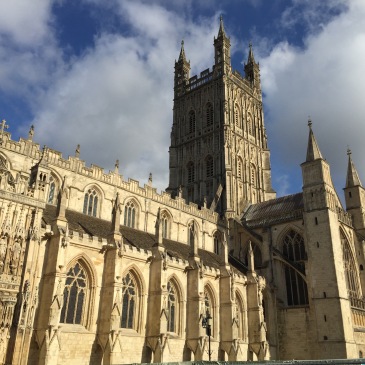 I was fortunate enough to be asked with my heritage professional hat on, to undertake some work for the Dean of Gloucester Cathedral recently, and so I took the opportunity on All Souls’ Day (2 November) whilst I was visiting the cathedral to take lots of photos. Gloucester has a very special place in my heart … END_OF_DOCUMENT_TOKEN_TO_BE_REPLACED