It’s been a good few months since I last made an update to my ‘Writer’s Journey’ theme and so on a windy lunchtime such as this I thought I would put pen to paper, or rather fingers to MacBook.

The journey to produce my book, Edward II the Man: A Doomed Inheritance, continues at great pace as the deadline for my manuscript submission at the end of May looms ever closer. After Christmas, everything remained busy as I continued to pull my research together and carried on with my writing. My New Year’s Eve was spent penning about Edward’s ongoing campaign in Scotland and the siege of Berwick in 1319 in particular. That’s dedication when most of your mates are out having a party.

Throughout January, I was principally focussed on the middle years of the reign, from the aftermath of the terrible events at Bannockburn in midsummer 1314, through until the outbreak  of the Despensers War in Glamorgan and their subsequent exile from England in 1321. These middle years are tough to wrestle with, as a lot goes on and they mark the lowest point of the king’s reign other than his deposition in 1327. It is a time of great suffering and hardship brought about in part by bad weather across Europe which creates widespread famine. This is also the period that witnesses the rise of what I call the forgotten royal favourites, and more significantly, features the ongoing difficulties between Edward II and his cousin, the over mighty vassal, Thomas of Lancaster. The hours spent on research was intense and included lots of Oreos and left over mince pies and Christmas cake to get me through.

I also took the opportunity throughout December and January to get out on location and visit sites that feature in my book. Some of those images below taken from places I went to include Caerlaverock Castle (Galloway), site of a great siege in 1300; Lanercost Priory (Nr Carlisle) where Piers Gaveston’s first exile was pronounced in 1307; Scarborough Castle (Yorkshire) where Gaveston held out until May 1312 before his capture (and I joined English Heritage as a member for 2017); Knaresborough Castle (Yorkshire) a place where Edward and Gaveston spent a lot of time between 1307-12 and was given to another favourite, Roger Damory, on Christmas Eve in 1314. Stirling Castle (Stirlingshire) features many times, most notably in 1314, and rather more sinisterly, Berkeley Castle (Gloucestershire). Caerlaverock and Berkeley are features on my blog in their own rights so check out the posts if you’ve not seen them yet.

Some of you may remember from when I last wrote that I was on a three month sabbatical from my day job at the National Trust, which ended back on 1 February. Before I returned to full-time work, I took the opportunity to escape on my own to a wonderful Landmark Trust property called the Old Place of Monreith for five days in an incredibly remote part of the west coast of Scotland. It was a wonderful opportunity to pack up my research, buy lots of good food from M&S, a bounty of wine and plenty of logs for the many open fires there and spend time away working hard on my manuscript. I got a great deal of editing done as well as time out to walk along windswept beaches and discover ancient burial sites whilst working through all my thoughts, theories and facts relating to my book. It was utterly cathartic and I would recommend it to anyone who is writing. Time out helps you to step away and see the wood from the trees. 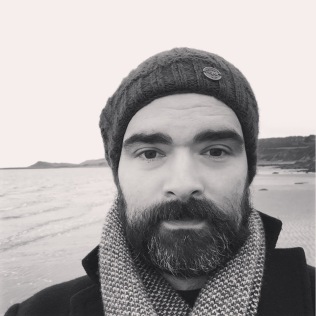 I like to heavily edit as I go along as well as keeping my references up to date. I find this helps keep the structure of the manuscript robust as well as giving me confidence that what I have thus far produced is well beyond the first draft. It also allows me to re-read the manuscript as a whole to ensure that it hangs well together, and where it does not, to make tweaks before I move too far ahead.

As February drew near I prepared for my return to work and adjusting back to writing in the evenings and weekends in between what is a very busy job as a General Manager. Balancing what are two passions of mine is a real skill, but thankfully so far things have gone well. I am now on what can only be described as the home stretch with my manuscript which starts in 1284 with Edward II’s birth and will end with a discussion about his survival post 1327. I am writing chronologically. In the last week I have just written the chapter in relation to the highest point of Edward’s reign – at least from the perspective of the king himself. That is the moment he manages to overcome those who oppose him and results rather dramatically in the execution of his cousin Thomas of Lancaster in March 1322. Edward achieves his burning desire for revenge after Lancaster took responsibility for the murder of Edward’s lover Piers Gaveston in 1312. It’s brutal stuff.

Lastly, if researching and writing a book and going back to full-time work are not challenges enough, I also decided in December, quite on the spur of the moment to move house. After a bit of hunting, I am now moving next week on the 2 March from my lovely three floor studio to a beautiful Edwardian terraced with high ceilings, lovely period features and a garden. It also comes with a cat flap so Zack, my tabby, is well catered for. Packing up my house begins tomorrow evening and there is a lot to do – and that’s just my library of hundreds of books. I hate packing! The house I am moving to needs a bit of doing up as you can see in the images below, and I need to paint all the rooms as a starter for ten. The Living Room is especially ‘vibrant’ with the red/yellow walls at the moment, so the day after I move in, me and a group of friends will be armed with paintbrushes to whitewash it through before I can pick colours that are more sympathetic and historic that will suit the property better. I love painting houses and own far too many Farrow & Ball and Fired Earth painting charts. This exciting bit though will have to come after the end of May when I complete my manuscript. It’s always good to have the next challenge in mind I guess.

So for the next two weeks at least, I will not be posting anything on my blog as Zack and I undertake the big move. The perils of moving broadband are enough to put a stop to most things at any rate. I know I have yet to post the final instalment of ‘All the King’s Men: The Forgotten Royal Favourites (Part Two)’ which I will do when I return. Get your popcorn ready, it will be like a Game of Thrones novel, only this was all real.

Before I go, like always, for those who like the figures, I thought you might like to know where the manuscript now stands. My word limit was 100,000 but this has been extended by the kind permission of my managing editor at Amberley to 110,000. Phew! I’m going to need it. As of today the manuscript, post editing from my end, stands at:

So without much ado, I will see you all at the other end of my house move in two weeks time.