So sat at home this weekend I was not expecting a knock on the door from the delivery man. But that’s just what happened and with him, he brought a box of books from my publisher, Amberley. Thinking he was dropping off copies of the paperback version of my first book ‘Edward II the Man: A Doomed Inheritance’, which hit the shelves last week, I was somewhat shocked and extremely excited to find instead, a sneak preview of my latest book, now back from the printers two months early.

‘Robert the Bruce: Champion of a Nation’, as many of you may know, has been a project that I have devoted an enormous amount of time to in the last two years – this being why I have been so absent on fourteenthcenturyfiend.com recently. I’ve worked hard to find hours made up of days off, weekends, annual leave and most evenings, to focus my energies to researching and then telling Robert’s dramatic life story against the backdrop of the First Scottish War of Independence. Its been a rollercoaster two years, that at times has almost consumed me entirely. With lots of focus and hard work, I am however, thrilled with the final result. 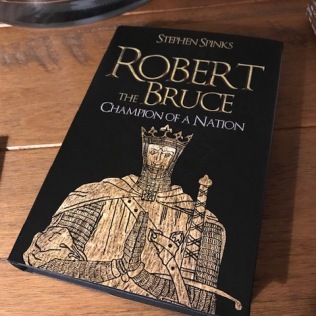 The book takes the reader on a journey, with the first chapter exploring at pace the history of Scotland from formation from smaller kingdoms to a single country. From there you get to read about the rise of its kings and the arrival of the Bruce family from Normandy in the twelfth century. Beyond this, you chart the Bruce family fortunes led by its successive generations (all named Robert!), taking in the dramatic death of Alexander III, King of Scots and the advent of ‘The Great Cause’ under the charge of Edward I, and of course, the ensuing war that follows.

Against this backdrop, a young Robert Bruce emerges from the shadows and hereon in we see how his life is shaped by events and the people around him, until he himself reaches out and ends up centre stage, dramatically taking the crown and then desperately doing everything he can for over twenty years to hold onto it. The book takes in all his key achievements and milestones, including the infamous Battle of Bannockburn in 1314, his near capture of Edward II, King of England in 1322, and his ultimate achievement of securing his status and independence of his kingdom from England (at least in his lifetime) in 1328. As a historical biography, its 320 pages are full of intrigues, battles, politics and war, along with lashings of Bruce determination, as well as tales of love, fortitude and perseverance.

The research has been extensive, helped in part by my previous twenty year study of the reign of Edward II, a contemporary of Robert’s, and, for most of his rule, a thorn in his side. You can’t really tell the story of one man without telling parts of the other, given their histories and politics are so directly linked, especially at key moments. This earlier research gave me a really solid foundation on which to delve into the the detail of Robert’s world, like diving off the highest dive board at a swimming pool. I was however cautious not to fall into the trap of retelling Edward II’s story in too much detail in Robert’s biography, as this would have wasted words against a tight 110,000 word limit and was unnecessary given I have already produced a biography about Edward II himself. Edward’s story only appears where necessary to better understand Robert’s actions, decisions or motivations. It was at times however, great fun to write about key events like the Battle of Bannockburn which I had done largely from the English perspective in Edward II, only to revisit these events from the Scottish side in Robert’s bio. In doing so, its great as a writer, to be able to have another go, even if my conclusions remain exactly the same as book one – phew!

Like with my first book, I’ve spent time scouring archives and manuscripts, and sourcing beautiful images to go into the central plates. Thankfully, many archives have been, or are being digitised, and so it has become increasingly easier to photograph and licence images for commercial use in written works than ever before. I’ve had great fun tracking them down, choosing which ones to include, in order to tell Robert’s story as much through colour and imagery as through the written word. 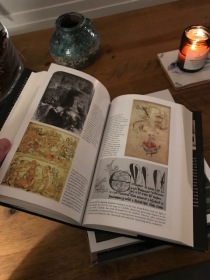 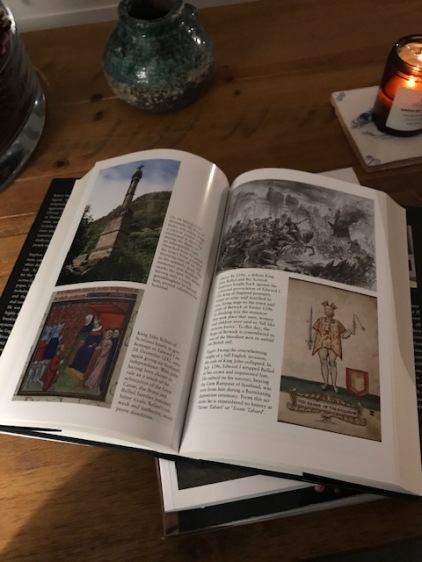 I hope, after all the effort and fun in exploring Robert’s life over the last two years, you will enjoy reading all about him as much as I’ve enjoyed the writing.

The book is released in the UK on 15 December 2019 and is available in all the usual places including Waterstones, Foyles, Blackwells, WH Smiths and many others besides. In 2020, the book will be released at various times in the year in countries around the world.

All that now remains is for me to take a long old rest, before somewhat inevitably, I start thinking about book III.