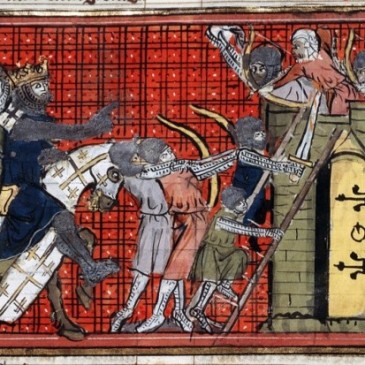 [Following on from ‘Ancient Customs & Conflict: Edward II & the Contrariant Rebels (Part One)‘, below is the concluding part to what happened next]. ~ As the Christmas court broke up in early January 1321, the Marcher lords, which now included Roger Mortimer of Wigmore, recently returned from Ireland, retired to their estates and began … END_OF_DOCUMENT_TOKEN_TO_BE_REPLACED

Hugh Despenser the Younger had risen in both position and power since his marriage to Edward II’s niece, Eleanor de Clare, in 1306. Although the marriage arranged by Edward I was a great match and an acknowledgement of his father’s loyalty to the late king, it did not come with great tranches of land or … END_OF_DOCUMENT_TOKEN_TO_BE_REPLACED

Aymer de Valence, by the close of 1312, had regained the king’s confidence. The murder of Piers Gaveston at the hands of the Blacklow earls as they became known had shocked contemporaries. The earl of Pembroke would from this moment do everything in his power to serve Edward II, but in doing so, provided a … END_OF_DOCUMENT_TOKEN_TO_BE_REPLACED

By the dawn of 1318, Edward II’s royal favourites, Roger Damory, Hugh Audley the Younger and William Montacute still dominated at court. Thomas of Lancaster, the king’s cousin, remained in the north, isolated from his peers and repeatedly refusing to attend upon the king because of his suspicions of Edward’s motives for revenge for the … END_OF_DOCUMENT_TOKEN_TO_BE_REPLACED

Piers Gaveston and Hugh Despenser the Younger are two names that are synonymous with Edward II. The first, the royal favourite and lover who was brutally murdered for his control of royal patronage and in consequence of his dramatic elevation to the highest ranks of medieval fourteenth century English society, still dominates the popular imagination. … END_OF_DOCUMENT_TOKEN_TO_BE_REPLACED