Edward II was, despite what some may think, not the first or only son of Edward I and his queen Eleanor of Castile. In fact by the time of Edward II’s birth, he was the fourteenth child of potentially sixteen. To say that the legendary marriage of his parents was a love affair that was successful in so many ways, is a little bit of an under statement. When Eleanor died days after her 49th birthday in 1290, it was no doubt as much from exhaustion from the birthing chamber, as a possible coronary condition or malaria, potentially contracted during her three year stay in Gascony in southern France between 1286-89.

Edward was not the first boy. Even at the time of his birth at Caernarfon Castle on 25 April 1284, he had a living elder brother, Alfonso who was heir to the throne. Preceeding both of them, were many more siblings. Edward I married the twelve year old Eleanor when he was fifteen, on 1 Nov 1254 at the abbey of Las Huelgas in Burgos, northern Spain. Despite Eleanor’s young age, the marriage was clearly consummated in the first few months, for within a year their first child, sadly a stillborn, arrived. More children followed; Katherine (1261-4) and Joan (1265) both dying in infancy, along with another short-lived daughter, Berengaria (1276-1278).  A further two unnamed still borns, or perhaps children who perished a few days after birth, are also found amongst the records, where royal clerks have noted royal births. Child mortality was high in the middle ages, even for those of royal birth. Illness, diet, cold weather and travel did not always make for safe nursery companions and King Death always lurked around the corner and in striking distance. Death was a regular feature in medieval life, a medieval nursery in particular. Edward on the whole seems to have been a healthy and robust child which did not change into his adult life. There are scant entries of poor health, but one of the more notable is when he and his sister Margaret, both experienced tertian fever in 1294. (2)

The need to produce a male heir and the inevitable ‘spare’ was of political as well as dynastic importance. John (1266-71) was born in 1266 and named after Edward I’s grandfather King John (r.1199-1216), the troubled king of Magna Carta fame and who died 800 years ago this month. Their second named son was Henry (1268-74), this time named in honour of Edward I’s father Henry III (r.1216-1272). The third son, Alfonso (1273-1284), was named  after Eleanor’s half-brother Alfonso X of Castile, who also died in the same year as his eleven year old nephew.(3) The death of the heir to the throne on 19 August 1284, only four months after the birth of Edward of Caernarfon, was lamented across the country according to the Dunstable Annalist. His death was certainly unexpected, for marriage negotiations had been agreed only months earlier and the young heir promised to Margaret, daughter of Count Florent V of Holland and Zeeland. In the British Library remains the most beautiful illuminated manuscript, known as ‘The Alfonso Psalter’ commissioned for Alfonso as a guide to growing up, marriage and life more generally. There are many beautifully decorated margins and footnotes which would have appealed to a boy of his age and time, such as serpents, mythical beasts, knights and childish games. The two images below are just a sample of the many that are contained within the body of the work. Perhaps even the boy below may have been a stylised depiction of Alfonso himself. 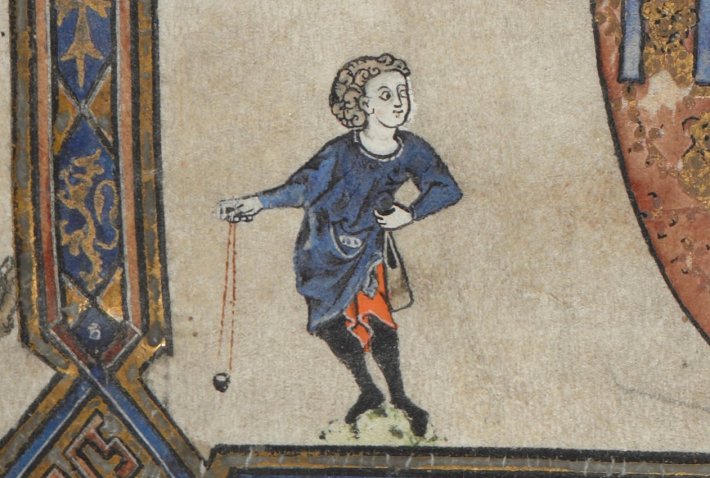 With Alfonso, Henry and John all dead by late summer 1284, Edward by familial misfortune, was at the age of four months, heir to the throne. He therefore grew up with great expectation placed on his shoulders and the understandable caution of his family and royal household to protect and nurture him. He was simply too precious to loose to the cold grip of King Death. As we saw in my earlier blog posts on Edward’s character, Edward did not, unusually for the time, take part in tournaments which seems to have been discouraged for reason of a lack of a royal ‘spare’. In fact a spare did not come along until Edward was sixteen, when his half-brother Thomas was born in 1300. Even this did not immediately help the succession issue should Edward of Caernarfon predecease his father, as sons from a second marriage did not always make a smooth transition to the crown. Keeping the royal children safe and healthy, fell in particular, onto his wet nurse Alice Leygrave who replaced his former temporary wet nurse Mary Maunsel, removed from the king’s son a few months after his birth, as Mary herself fell ill. Edward was to remember the services of both wet nurses throughout this lifetime with gifts of land and other such signs of affection.

In 1290, Edward I, aware of the precarious nature and implications on royal succession, made provision that should his son not outlive him, that the crown would be settled on his daughters and their immediate heirs; Eleanor, Joan, Margaret and Elizabeth in that order. Mary was excluded as she was ensconced as a nun at the convent at Amesbury and therefore beyond the crown.(4) Transmuting royal power to a daughter had only, one hundred and fifty years earlier,  led England to twenty years of civil war as King Stephen and Matilda fought bitterly over the right to wear the crown. The final outcome of a period noted by a contemporary chronicler as ‘when Christ and his saints slept’, resulted in the accession of Henry II and the start of the Plantagenet dynasty in 1154, which Edward I and II were part of. 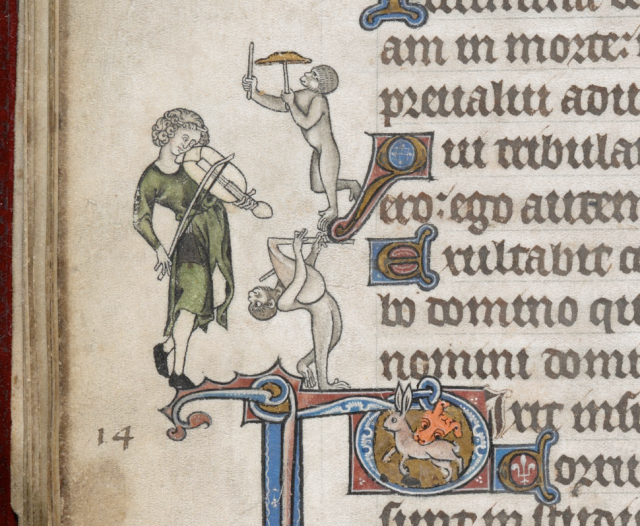 Edward grew up therefore in a household of sisters. Eleanor (1269-1298), Joan (1272-1307),  Margaret (1275-1333), Mary (1279-1332) and Elizabeth (1282-1316) all lived long enough to either grow up alongside or know their brother, despite some significant gaps in age. Edward’s oldest surviving sister Eleanor was sixteen years his senior, whilst his youngest, Elizabeth was only twenty months older, and also born in Wales during Edward I’s campaigns there.  These sisters were undoubtedly to have a profound impact on Edward growing up around them, before each one subsequently left to marry or take up a religious life  as in the case of Mary. Throughout their lives, all the royal siblings kept in touch with one another and seemed to be close in affection. Those sisters who remained in England especially, were frequent features at Edward II’s court; even Mary who seemed to spend more time there gambling with her brother than at prayer at Amesbury.

Much about what happened to Edward’s sisters, his own childhood and the high and lows of being a royal ‘asset’ on the medieval marriage market, follows in part two.

5 thoughts on “Edward II & his Siblings (Part One)”